References to the flowing, the liquid, the oozing, recur in Marlie Mul’s work on a formal level and metaphoric themes – from her folded paintings, to facsimile sculptures of rain puddles and enquiries into the history of tobacco smoke. Her work is intricately fabricated while keeping a strong DIY character. In May 2017 Marlie Mul publicly cancelled a solo exhibition at the Gallery of Modern Art (GoMA) in Glasgow, due to impassable working circumstances which lead to an advertisement of said cancellation inside the galleries of the museum itself. In the aftermath of that situation, she co-initiated the counter-institutional fanzine ground together with writer and poet Harry Burke in 2017 and published the book CANCELLED in 2018. She has a clothing and accessories label called PMS that employs the accessible format of the t-shirt as a tool for image circulation and the visualising of community, taking as theme the human body's hormonal ups and downs. She runs Hermany, a nomadic project space that sets out to blur the specificity of exhibition audiences by continuously changing its content, medium, and location.

Since 2019 Marlie Mul is a coordinator of the Work.Master programme, she teaches Labzones, and is a tutor. She has previously taught at the Architectural Association in London, Sandberg Instituut in Amsterdam, Central St Martins School of Art in London, La Cambre ENSAV in Brussels, KASK in Ghent. Marlie Mul is a self-taught and messy graphic designer and has done the graphic design for Cherish, an independent exhibition space in Geneva in a house initiated by former and current students of the Work.Master.

"As contemporary art diffuses into armchair sociology, there are nonetheless some constants to hang your hat on. It’s the good fortune of time immemorial that provocative artists take familiar things and pivot them with transgressive acts to shock the senses. Take the cryptic art of Marlie Mul. Diffident she is not. She crafts innocuous-looking objects in various stages of construction that melt and terraform like 3D prints stuck in an outmoded software program. Something in her sculptures has gone absurdly wrong, like a morphed GIF, scrambled by the corruption of its data. This is what makes them tick. Their lightness of touch belies the weightiness of their industrial materials. The functional bumps into the dysfunctional. They wed. They are real. One can laugh at the pattern-recognition gone wrong, yet still be grounded in the rudiments of her brazen sculptural derring-do."

(From an article in Spike Magazine on Marlie Mul's solo exhibition "Sperms Going to a Fashion Show", text by Max Henry, July 2021) 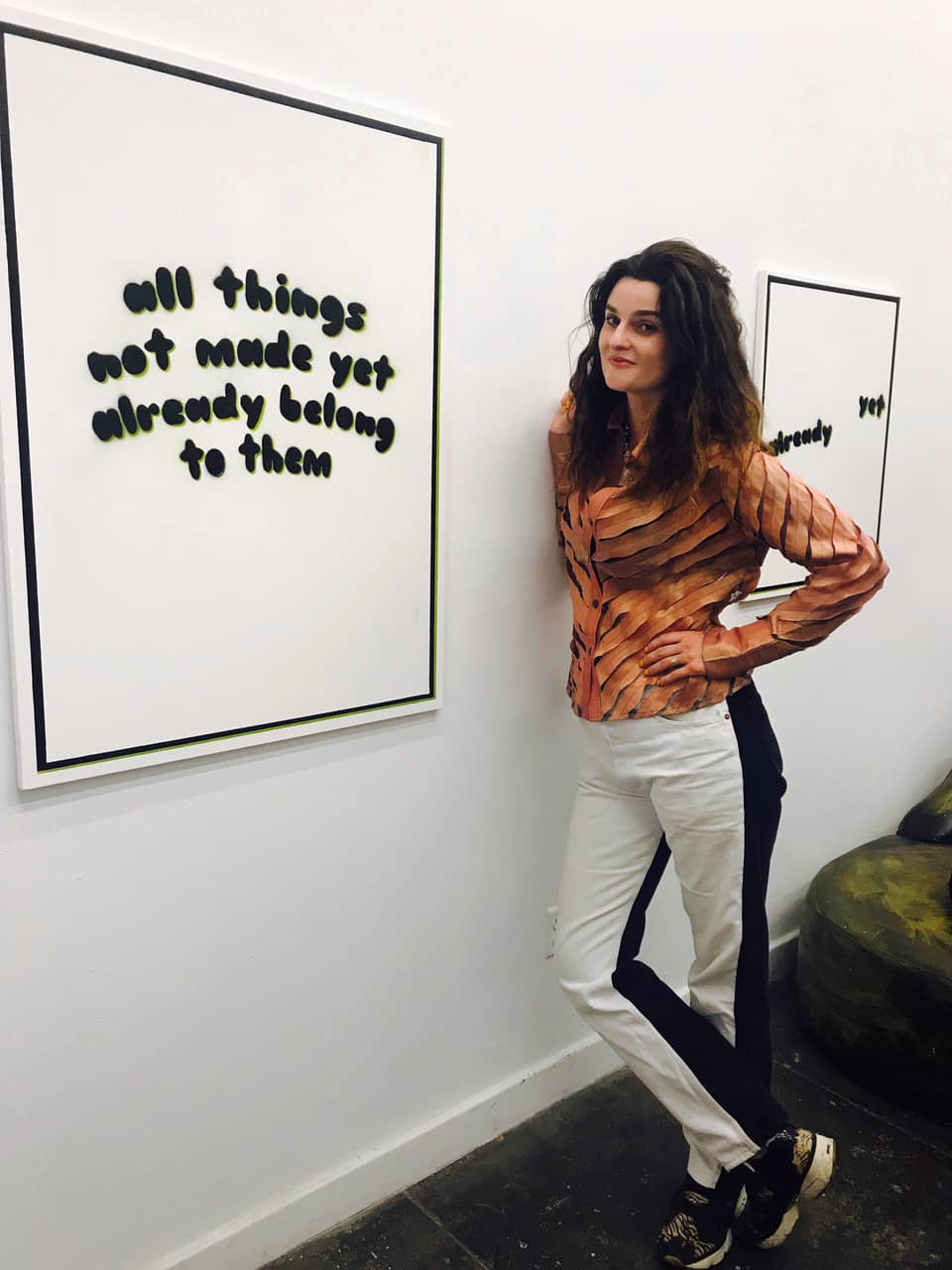